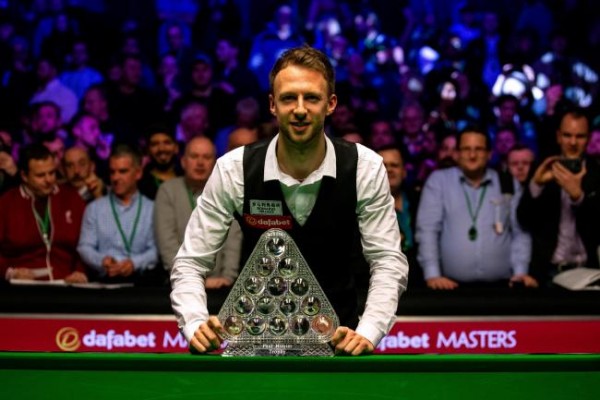 The new decade breaks off in style for snooker fans as attention turns to Alexandra Palace and the Dafabet Masters. The game’s most prestigious invitational tournament begins its week-long run on the 12th January.

As is the case with most snooker tournaments, Ronnie O’Sullivan is the centre of attention. However, this year all the talk is due to his absence rather than his presence. The Rocket has reached the final here 13 of the 24 times he has participated since his debut in 1995. O’Sullivan is the record seven-time winner of this competition and his absence will take away some of the excitement usually associated with The Masters.

O’Sullivan’s absence may allow some of snooker’s other stars to take centre stage.

After O’Sullivan, current World Champion Judd Trump and previous Triple Crown winner Neil Robertson are snooker’s most exciting players. Unsurprisingly, those two are favourites with the bookies. Trump is available to back at 23/10 with Bet365 while Robertson is 9/2 with Betfred.

Trump’s win over O’Sullivan in last year’s Masters final proved to be the launchpad for the best season of his career and you would not put it past him repeating the feat. The Bristol player has won six more tournaments since that win, including the World Championship.

Behind Robertson and Trump, you would have to take a look at the steady pairing of Ding Junhui and Mark Selby. Ding seems to have recaptured some his old form over the season and his win at the UK Championship just before Christmas will give him the confidence to make a run for the title at Alexandra Palace. He is a very reasonably priced 12/1 with Bet365 to go home with the title.

Selby is a three-time Masters winner and he has captured all of the Triple Crown trophies in his career. He may have slipped from his peak slightly in recent seasons but he is still more than capable of performing on the big stage. He is third favourite with the bookmakers and available at 7/1 with Bet365.

Wilson was a finalist here in 2018, losing 10-7 to Mark Allen in the final. Three tournament wins and runner-up finishes in The Masters and The Champion of Champions in that 2018/19 season looked to be the start of a trophy-laden career. However, final appearances have been much harder to come by in this 2019/2020 season and a big performance is needed here in January. He’s got too much quality to fall by the wayside once again. Back Wilson to reach the final at 7/1 with Bet365.

David Gilbert has never won a ranking tournament and he is a bit of a latecomer to snooker’s top table at 38 years old. However, he has played the best snooker of his career in the last season and a half and he is deservedly making his maiden appearance at this tournament.

In recent times, Gilbert has finished runner-up at the English Open, the World Open and the German Masters and he narrowly missed out on the final in last year’s World Championship and Scottish Open. It seems unthinkable that Gilbert wont win his first title in 2020 and now is as good a time as any to start. Gilbert is 12/1 to reach the final and 33/1 to win it all.