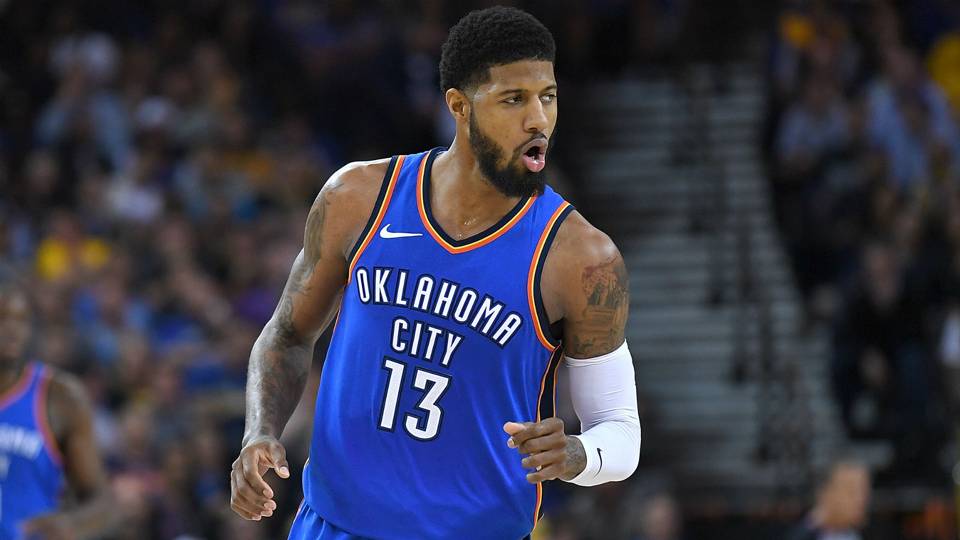 The First Round of the NBA playoffs begin on the 14th of April and we are reaching the end of the regular season. The top 3 seeds in each conference are more or less set and there are some interesting match-ups in prospect. 9 of the 16 spots have been secured for the post season but the seedings are changing almost daily.

Of course the big story out of the Western Conference this year is that LeBron James and his L.A Lakers will not reach the playoffs. This will be the first time that LeBron hasn’t played championship basketball for 14 years.

Outside of the first-seed Golden State, the home teams in these prospective matchups will find it tough going. The Nuggets’ form has slightly waned in recent weeks and they are likely to face-off against an experienced OKC Thunder team with MVP-candidate Paul George and triple-double machine Russell Westbrook.

Portland lost their career-year centre Jusuf Nurkic this week. CJ McCollum has also struggled with injury this year so they will be heavily reliant on the scoring of Damian Lillard. The Clippers have outperformed all expectations this year and their coach Doc Rivers is favourite to win Coach of the Year. His young team could cause Portland problems.

After a tired start to the season last year’s number one seed Houston Rockets Houston have rebounded to a home seeding largely thanks to Harden’s record-breaking scoring. They come up against another team who have improved as the season progressed in the Utah Jazz and this has all the makings of a seven game series.

The top seedings have been set in this conference for some time now. The Bucks, Raptors and 76ers should progress to the next round without much trouble. MVP-candidate Giannis Antetokounmpo has been excellent for the Bucks this year supported by fellow All-Star Khris Middleton and Eric Bledsoe.

Toronto should benefit from resting Kawhi Leonard throughout the season and he will look to repeat his MVP performances of years gone-by in this post-season. South of the border, the big four at Philadelphia should have too much for Blake Griffin and the Pistons.

Again, the 4-5 matchup is most intriguing. Last year’s Eastern Conference finalists Boston Celtics have struggled form and any sort of coherency this year. Kyrie Irving has been controversial to say the least while Jaylen Brown and Jason Tatum have reached the heights of last year as yet. Still, they will come up against an Indiana Pacers team who lost their key player Victor Oladipo earlier in the season. They have done well to retain their home seeding but this could be as far as this team makes it.