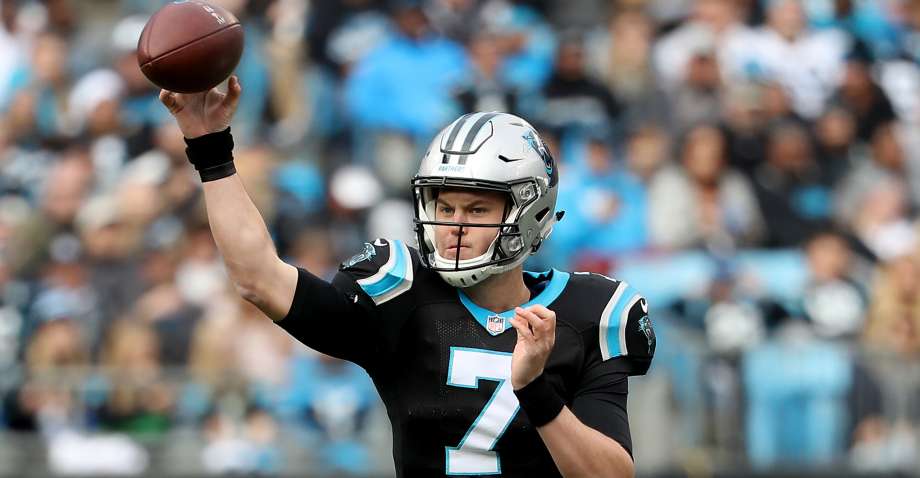 One remains. The San Francisco 49ers are the only undefeated team in the 2019 NFL season. This comes after a narrow 28-25 win over the Arizona Cardinals last Thursday night. Worryingly for Kyle Shanahan that was the most points they have allowed this season. They play the Seahawks on Monday and their defense will have to be approaching their best to counteract Seattle’s offensive weapons.

That is just one of many divisional matches this weekend and the results of Week 10 will have big implications on the final playoff standings.

Here’s some tips for this weekend’s action.

The battle of New York – which will take place in New Jersey – isn’t held in as high-esteem as it once was. In fact, these are two of the worst teams in the NFL. The Giants haven’t won since the end of September while the Jets picked up their one and only win in mid-October.

The Jets are the nominal home team for this one but the Giants are 2.5 point favourites with the bookies.

Statistically the Jets have the worst offense in the league and they face one of the leakiest defenses in the NFL on Sunday afternoon. The Jets average just 12 points a game while the Giants are at the bottom of every defensive statistic this season.

The outcome of this game will likely come down to the quarterback-running back partnerships for both franchises. For the Giants, Daniel Jones has potential at QB while Saquon Barkley is already a star in the backfield. However, their OL has limited both this season. Sam Darnold has been less than impressive for the Jets, throwing 8 picks in his last 3 games. Le’Veon Bell is questionable to start this weekend with injury. If he is out I think we can more-or-less write off the Jets chances for a second win of the season.

The Packers will be happy to be back on home soil after an unexpected defeat to the Chargers last weekend. This will be the Packers first game back at Lambeaux since the mid-October visit of the Detroit Lions. Temperatures are expected to be around freezing come Sunday evening and that will suit the home team.

The last time these two teams faced each other was in December of 2017 with the Panthers winning that one 31-24. A lot has changed since then with Josh Allen now starting under the center due to Cam Newton’s foot injury. The undrafted Texas A&M alumni is 6-1 as a starter in the NFL. He has been aided by potential MVP Christian McCaffrey. McCaffrey has been equaling and beating records for fun this season and he is currently 16/1 with Bet365 to be the 2019 MVP. His performance on the offensive end has hidden some of their defensive frailties this season.

Aaron Rodgers & Co. have the weapons to exploit the Panthers shaky defense and that will be the key to victory. A 5.5 point line makes it hard to back the Packers at 10/11 so we’re backing under 46.5 points at 25/26 with GiveMeBet.

After a poor 1-4 start it looked as if Mike Tomlin was on course for his first losing season as Steelers head coach. However, three wins in a row has turned their season around and they now have a playoff spot in their sights.

The visit of last year’s NFC winners will be a good litmus test of their playoff hopes. The Rams are 10-0 against AFC rivals under coach Sean McVay’s stewardship. To make matters worse for the Steelers, the Rams are coming off their bye week and will be well prepared for a Mason Rudolph offense.

It’s hardly a surprise that the Rams are favoured by 3.5 points with the bookies. Pittsburgh are still without Ben Roethlisberger and running back James Conner look set to miss out with a shoulder injury. Add to that the Rams extra week of rest and you have a convincing case to back the west coast side to cover the spread.

However, we’re backing the Steelers to win or keep it under a field goal. The Steelers (+3.5) at 10/11 with GiveMeBet is our tip for Sunday night’s game.

All lines correct at time of writing. All times given UK.