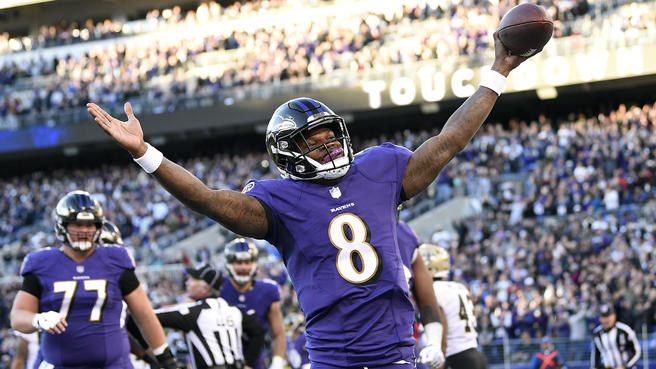 Eight weeks of the 2019 NFL Season are now in the books and two teams still remain unbeaten. Our preseason prediction of an unbeaten Patriots side after 8 weeks has come true but they are surprisingly joined by the San Francisco 49ers in the undefeated ranks.

With Thanksgiving on the horizon we are almost into ‘win-or-go-home’ territory and this week’s results will have a big impact on final positions. The trade deadline has passed too. The Pats added Mohamed Sanu to their receiving core while Emmanuel Sanders broke the plane for a TD in his 49ers debut at the weekend.

San Francisco are in Thursday night action this week in Arizona and that game is involved in our first pick this week.

The 49ers opened as 7-point favourites and at the time of writing that has stretched to 10-points. The Cardinals can take solace from their 9-1 record in the last 10 games between the two but the outlook for Thursday night is grim.

The Cardinals overall number one draft pick – Kyler Murray – has struggled in his first season in the NFL.

The number two pick from this year’s draft – Nick Bosa – will have Murray in his line of fire on Thursday night. The DE out of Ohio State has just won the NFC’s Defensive Player of the Week for the second time in his rookie season and he has been a key piece in the 49ers’ dominant defense this season.

The line will make this one interesting but the 49ers showed their offensive prowess with 51 points against the Panthers on Sunday. Back the 49ers (-10) at 10/11 with GiveMeBet.

The availability of Patrick Mahomes at the quarterback position will have a big impact on this game. Last year’s MVP dislocated his knee two weeks’ ago against the Denver Broncos and while a return has been mooted this weekend it’s unlikely that he will have any participation.

That means Matt Moore will start behind the center on Sunday. He had an impressive outing last week against the Packers, throwing two touchdowns. The Vikings will offer a stiffer opposition on the defensive side of the ball and Moore might regress closer to 82.1 career QB rating.

The Vikings are 2.5 point favourites and we think they’ll have enough to cover against a weakened Chiefs team.

This is the highlight of the Week 9 schedule. The undefeated Patriots face-off against one of the most exciting players in the league, Lamar Jackson. The second-year QB has already tied Russell Wilson (2014) and Michael Vick (2004) for most 100-yard passing and rushing games in a season. Baltimore are coming off their bye week which means they should be well-prepared for this battle with the Patriots.

The one chink in Bill Belichick’s armour is his rush defense and that’s one area where the Ravens excel. The Ravens offense leads the league in rush yards per game (204.1) with Jackson and Mark Ingram working in tandem in the backfield.

Belichick could also be without QB Tom Brady. The 42-year-old has been limited in practice this week and untested Jarrett Stidham might get some snaps on Sunday.

All of those variables make this an interesting one to make a prediction. The Patriots may continue their winning streak but it’s going to be close. Back the Ravens (+3.5) at 50/59 with GiveMeBet.