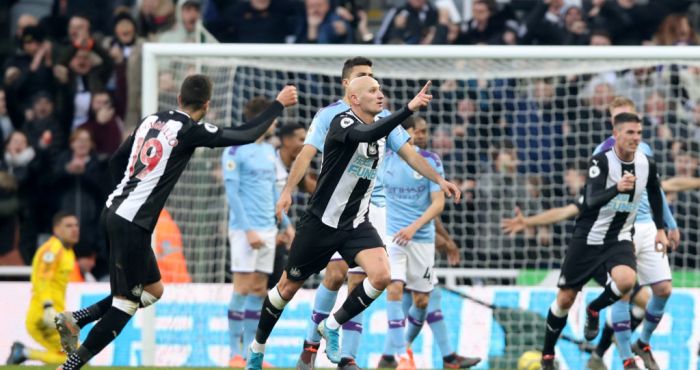 Chelsea beat by out of form Hammers

17 years West Ham have had to wait to beat Chelsea at Stamford Bridge in a Premier League fixture, but Aaron Cresswell’s strike saw them snatch all three points!

Although the Blues had 65% possession, they never really looked a threat to West Ham. They had 19 shots, only 6 of which were on target. This shows that West Ham had a really good shape and structure behind the ball and it looked to me as Chelsea ran out of ideas and frustration kicked in. We have rarely seen this from Chelsea this season since they started to pick up a nice form. Could this be a weakness to exploit in the Chelsea side?

There were positives on the pitch from West Ham’s point of view that were new as well. They had a strong attacking force going forward. West Ham also had a good work rate tracking back and staying compact when they haven’t got the ball. This unsettled the Blues as they didn’t know how to break them down. Some big games for both West Ham and Chelsea in December, it will be very interesting how both teams react to this game.

Manchester City dominated the possession against Newcastle with a thumping 76%! They also racked up a total of 24 shots to Newcastle’s 6. Sterling got the first goal for City, but it only took the Magpies three minutes to make a response with a 25-minute equaliser from Jetro Willems.

Kevin De Bruyne, who hasn’t had the best of form recently, still managed to get on the scoresheet late in the second half, but as much as everyone thought that City had won it, Jonjo Shelvey pops up with an unbelievable strike to grab a point against the title-challenging Manchester City.

Could this be another sign that maybe Liverpool has won the league already? Although we are only just getting close to Christmas, Liverpool still manages to get results when games are not looking great. On the other hand City’s mistakes are leading to them losing points. I personally feel like anything can still happen, but if City carries on this way, it is possible Leicester City can finish above them and Liverpool win the league.

Unai Emery sacked! Arsenal are without a win in 8 of their last matches in all competitions. With West Ham, City and Chelsea all to play in December, it couldn’t really get much worse for The Reds.

We saw Pochettino get sacked a couple of weeks ago, but straight away, Spurs had a plan and brought in Jose Mourinho. For Arsenal it has been a consistent theme that they do not look organised, they don’t have a plan, and they don’t look like a team who wants to play exciting football anymore. They need to get a manager who has experience as well as a bit about them to make some bold decisions to really turn this club around.

An important aspect for Arsenal is that the fans must trust the process. I’m seeing too many empty seats at the stadium where fans have lost hope and feel like they are wasting their money and time going to the game. It’s understandable, but these are the tough times that you should stick by your club and really give them the support they need! What’s next for Arsenal? What are their targets for the rest of the season?