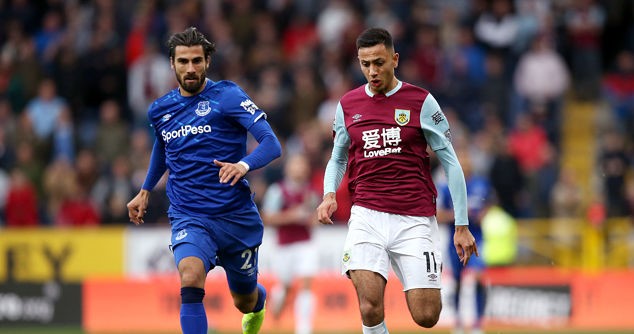 Last season Burnley finished 15th with 45 points and although that was comfortably eleven points clear of the relegation zone, Sean Dyche probably did not get the credit for that achievement.

Remembering that due to finishing 7th the previous season they had to endure Europa League Preliminary fixtures in Greece and Turkey which might have plighted a lot of Premier League teams’ domestic campaign given they will never have the depth of squad as the more glamour sides.

But after twelve games this season Burnley are tenth and no one even slightly ever mentions them as possible relegation candidates.

After winning the Championship in 2016, Burnley have gradually ingrained themselves in Premier League status while clubs with far bigger budgets like Fulham, Middlesborough and West Brom have demised in recent seasons.

Burnley can also play football  as seventeen goals and four clean sheets has been gleaned so far this term.

Testament to Sean Dyche’s management is that the club can nurture young players like Dwight McNeil who was initially at Man United but was given a youth scholarship in Burnley’s Academy in 2014.

McNeill has progressed quickly to making his first team debut in May 2018 and is now a first team regular who has also recently received England U21 honours.

This season McNeill has already provided four Premier League assists while he is not frightened to take a shot either with sixteen attempts at goal. Hopefully the club will resist or redeem plenty when the bigger clubs inevitably come knocking.

Don’t be surprised if the Clarets remain in the top half come the end of the season.

Last season there was outcry mainly from outside the club after Chris Hughton had been sacked by owner Tony Bloom as Brighton manager.

Bloom, a fearless, successful gambler, had effectively disposed of arguably the club’s best modern-era manager who had guided them from bottom of the Championship to the Premier League top tier after an absence of over thirty years.

But there was clearly no room for sentiment, some say Hughton was the scapegoat for poor recruitment which was not under his remit but clearly the style of play needed a complete overhaul.

Graham Potter was recruited after a promising season at Swansea City  where his possession based tactical style had previously brought him success in Scandinavia.

Passing and possession statistics for the Seagulls in the first twelve matches this season possibly show Potter is on the right path and similarly to the likes of other former Swansea City managers like Brendan Rodgers and Roberto Martinez the ethic is team togetherness with no high profile stand out stars to think of.

Again like Burnley, don’t be surprised if Graham Potter secures a top half berth for Brighton this season.

NO SILVA LINING FOR THE TOFFEES

It does not help when your city neighbours are Champions League holders and possibly Premier League champions elect. I think the majority of die-hard Evertonians have broadened their allegiances to ‘anyone but Liverpool‘…

Everton’s current issues lay at both ends of the pitch. A traditionally solid defence of years gone by is now leaking goals for fun. Michael Keane has clearly lost confidence from his international exploits and Yerry Mina still does not look the same player that haunted England the summer before last for Colombia in the World Cup.

At the other end, stats show Everton have created many chances but converting them is the problem. Marco Silva seems still unsure about where best to accommodate his options. Beating a woeful Southampton side away might have secured his job short term. But if Everton don’t convincingly dispose of Norwich at Goodison Park in their next home match Silva may not be around for the Merseyside derby at Anfield on December 4th.