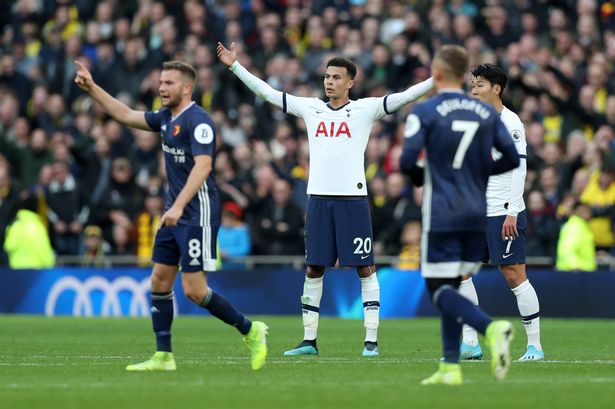 It’s clear that Christian Eriksen was fit to play in Tottenham’s 5-0 demolition of Red Star Belgrade but him being left out possibly indicates that the club might find it best the Danish International leaves at the earliest opportunity.

Tuesday’s victory was about club unity and amending the goal difference damage previously inflicted by Bayern.

Tottenham have clearly over-achieved under Mauricio Pochettino in recent seasons given the relative lack of player spend while the emphasis on the new stadium took priority. The fans chanting the managers name on Tuesday night realise that if Eriksen’s departure brings a level of player unity and togetherness back which has been one of the key components to Tottenham’s success plus it might assist in Poch staying long term then it is definitely by far the lesser of two evils.

Despite Spurs having nearly 70% possession, they still had to scramble to finally get themselves a late equaliser from Dele Alli.

Tottenham are now odds against to finish the season in the top four. This amplifies how bad this league campaign has been so far this season given that Man Utd and North London rivals Arsenal have both struggled in the league

Liverpool gained just the one point against United on Sunday afternoon. The performance looked dull, lifeless and flat, something we have not seen often from the Reds this season.

But their second half desire to salvage a point with Adam Lallana’s late leveller which at the end of the season could be crucial was most impressive.

Arsenal suffered their second defeat of the season to a stoic Chris Wilder Sheffield United side at Bramall Lane.

Despite having 68% possession, Arsenal could only muster three shots against Wilder’s double promotion Blades who incidentally have now kept four clean sheets in nine games. That defensive record is only second to Liverpool this season.

Although Unai Emery has a wealth of attacking options his defence is continuously conceding.

Only clean sheets against Newcastle and Bournemouth this term and their horrendous away form against their so called top six challengers are areas where the loyal Arsenal fanbase will be critical of the manager.

Hopefully Pepe’s two late goals against Guimaraes on Thursday night in the Europa League might spark him into justifying his £72m price tag and take pressure off Emery.

If that does not materialise fans will continue to question why the clubs highest paid player, Mesut Ozil (£350k a week), sits fit on the side-lines.