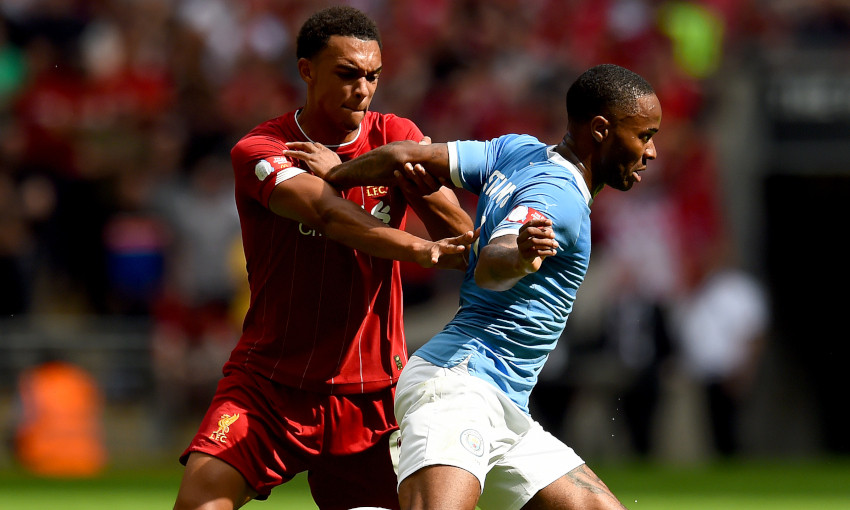 IS THIS TOO EARLY TO BE CALLED A TITLE DECIDER?

We are only eleven matches into the season which has been sandwiched between International breaks, but the table shows still has a familiar look.

The Reds are yet to be beaten this term and their only blemish to the perfect season start was the draw at Old Trafford.

Man City on the other hand have found things tougher especially in defence, defeats home and away to Wolves and Norwich have not been a coincidence with the absence of French  centre half Aymeric Laporte due to a knee operation in September causing problems at the back.

Liverpool themselves arguably have not been overly convincing this term even though they have won five of their last six Premier League matches all have been by the solitary goal and three of the six matches the Reds have trailed in.

Liverpool’s season can be so far be described as dogged. Victories at Sheffield United 1-0 when Klopp even admitted himself that his team was lucky, plus late goals and disputed penalties at Villa Park and home to Leicester respectively have possibly inflated this season’s obvious dominance.

Both clubs also have clinical attackers in abundance, but the key contrast is the midfield area. City have the attacking creative flair of Silva and De Bruyne while Liverpool are blessed with a more warrior type in Fabiano, Wijnaldum and Henderson.

How City press quickly and avoid losing possession in vital areas when Liverpool can counter attack at pace could be the telling factor.

Kevin De Bruyne has nine assists already this season but a lot of Liverpool’s attacking threat comes from both full backs Alexander-Arnold and Robertson.

Given how the season has gone so far, Guardiola knows that City cannot settle for the 0-0 draw which occurred in the corresponding fixture in October last season as City trail Liverpool by six points.

Liverpool have started a lot of matches slowly so we could expect City to lead with The Reds then successfully chasing  the game against the porous City defence.

I think another stalemate is highly unlikely.

All prices correct at time of writing. All prices from Bet365.

LIVERPOOL TO WIN AND BOTH TEAMS TO SCORE 10-3

LIVERPOOL TO COME FROM BEHIND AND WIN  9-1

Both sides somehow always find a way to come back even when the odds are against them.

Both sets of teams can play brilliant eye catching football, however sometimes it does turn into a game of “just get the three points!” This would often turn the game scrappy and poor, however teams like Liverpool and City tend to just carry on playing their normal football, while carrying a bit of urgency. This is why they are both competing to be champions of England!

However, the big talk now, is Sunday where the current champions face the reigning champions! Will Liverpool suffer their first defeat at Anfield since 2017 or will City be left worried? I personally think this game decides the league. If Liverpool win, I feel the trophy is theirs, however if City win, the last half of the season can be a very tight and interesting contest between the two sides.

Once again Leicester City asserted their dominance on mid-table side Crystal Palace. The Foxes struck twice with Jamie Vardy making himself the first player to reach double figures in the Premier League this season. Has Jamie Vardy found his feet again? The last time Jamie Vardy hit double digits before anyone else in the same season was when Leicester City won the title back in the 2015/16 season. Could this be a sign for The Foxes? I feel like big things for The Foxes is only what they deserve with the quality and football they are playing!

5 out of Leicester’s last 6 matches in all competitions, have all been wins for them. The narrow loss came from league leaders Liverpool at Anfield. They definitely are not afraid of scoring goals as they have racked up 22 goals in their last 6 games! What’s next for Leicester City?

With a total of 7 wins this season as well as a new manager, Chelsea are performing very well! They are the only side in the league to have won all of their last 5 games! Once more Tammy Abraham has had a massive impact on their win over Watford by getting himself on the score sheet as well as setting up Christian Pulisic.

Abraham is joint second among Premier League goalscorers this season, one behind Jamie Vardy! Chelsea racked up 67% possession in a game where they had 16 shots. Frank Lampard has his team doing exactly what he wants them doing and therefore he is getting results that he is more than happy with.

Lampard is only the second manager in Chelsea’s history to win 7 consecutive away matches in all competitions. Some doubted the young inexperienced Frank Lampard, but is he starting to silent his critics?