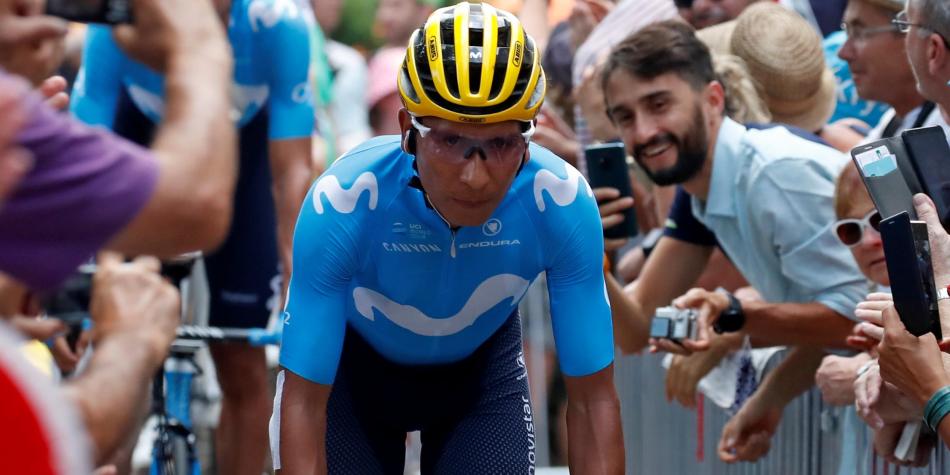 The third and final Grand Tour of the year begins on the 24th August as the riders take to the road in Torrevieja. They start their 3272km journey with a 13.4km Team Time Trial near Alicante on the Costa Blanca. This year’s race features no less than eight summit finishes with the 5th Stage finish at Javalambre and the 13th Stage Los Machucos looking most daunting.

As is tradition, Iberian kingpins Movistar enter this year’s Vuelta a Espana with a number of GC contenders. Previous winners Nairo Quintana (2016) and Alejandro Valverde (2009) are 18/1 and 20/1 respectively in the betting. 39-year-old Valverde is probably past his best at this stage while Quintana hasn’t been able to recapture his 2016 form this year. The diminutive Colombian has a Tour stage win and a second overall at Paris-Nice to his name in 2019 but overall he has been underwhelming.

Valverde and Quintana will most likely have to play back-up to Giro d’Italia winner Richard Carapaz. The Ecuadorian has had a stellar year. He also has the benefit of missing out on the Tour de France so he should be fresh coming into this year’s Vuelta. Carapaz enters this year’s race as second favourite at 3/1 with Bet365.

Like Carapaz, this is only Primož Roglič’s fifth Grand Tour. All in all, the Slovenian has had a pretty good 18 months. He finished fourth in the 2018 Tour followed with a third place finish at this year’s Giro. Overall classification victories in the Tour of the Basque Country, Tour de Romandie (x2), Tirreno-Adriatico, the UAE Tour and the Tour of Slovenia added to his glittering resumé. Not too bad from the former Junior World Ski-jumping Champion.

He entered this year’s Giro as one of the favourites and he was the Maglia Rose holder for the first six days of the tour. However, an unfortunate mechanical error on Stage 15 put an end to his GC hopes. He did recover in time to finish on the podium as the third placed rider. The bookies are backing him to make the step up in the Vuelta a Espana this year and secure his first Grand Tour victory. Roglič is the favourite at 7/4.

It’s an even field in this year’s Vuelta and the odds reflect that. There is a whole host of challengers who will be aiming for a top ten finish and higher.

Among them is young Colombian Miguel Ángel López. The Astana rider has won the Volta a Catalunya and Colombia 2.1 this year and he showed good form in the Giro, finishing seventh. Astana probably have the strongest team at this year’s Vuelta and López should benefit from the work of teammates Jakob Fuglsang, Luis Leon Sanchez and the Izagirre brothers. With eight summit finishes, this just might be López’s year to finish in La Roja come the 15th September. López is favoured ahead of his compatriot Quintana (18/1) in the betting, listed at 10/3 in the overall classification.

Further down the list, injury-hit Dutchman Wilco Kelderman will be looking to grasp his opportunity as Team SunWeb leader with both hands. The 28-year-old from Amersfoot has had an injury-ravaged career and this season has been no different. He had to withdraw from the Volta a Catalunya after fracturing his collarbone and back vertebra which resulted in him missing out on this year’s Giro. His last appearance on the tarmac was Stage 16 at this year’s Tour de France, during which he withdrew with a back problem. Fifth place at the UAE Tour has been his best finish in 2019 to date. A repeat of his 2017 Vuelta performance (4th Place) would put a positive slant on a disappointing year. Kelderman is 66/1 with Bet365.

You can watch every stage of this year’s Vuelta a Espana live on Eurosport!