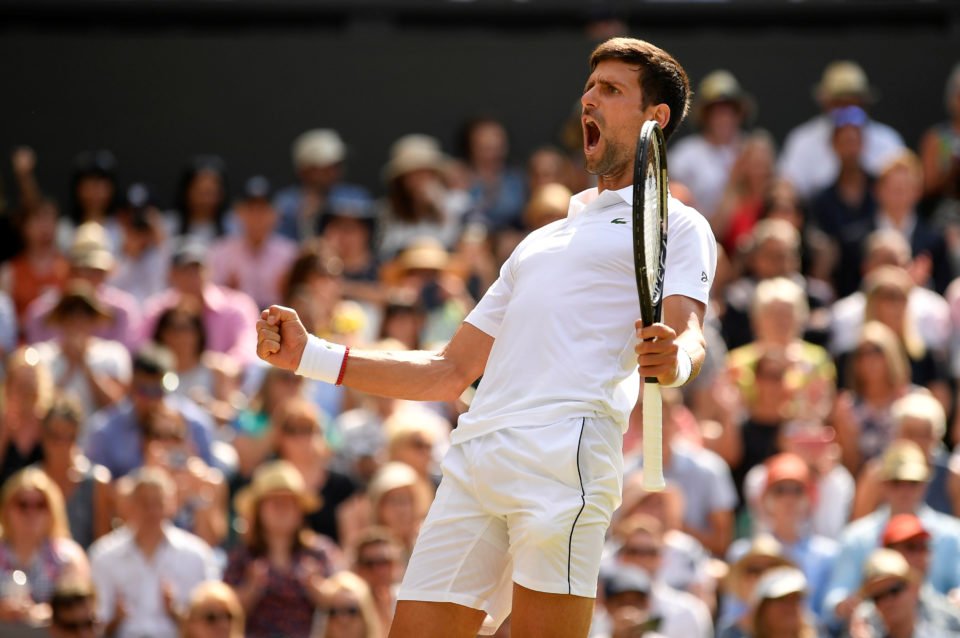 Where: All England Club, Wimbledon

Where to watch: The Final is live on BBC One and Eurosport.

Defending champion Novak Djokovic defeated Roberto Bautista Agut in Friday’s first semi-final 6-2, 4-6, 6-3, 6-2. Agut performed admirably in his first Grand Slam semi-final but Djokovic had too much for the Spaniard and he booked a place in his 6th Wimbledon final.

The dominant Serb is aiming for his 16th Grand Slam title and his 5th Wimbledon win of his career this Sunday. He has a positive career record over Federer, leading him 25-22 in matches won.

It was predicted on these pages two weeks’ ago that this tournament would come down to three men and that has been proven true. Djokovic, Federer and Nadal have dominated at Wimbledon this year with Friday’s second semi-final between the Swiss and Spaniard being the first real heavyweight encounter of the Men’s Singles. That was an intense battle between the two greats and it’s sure to have taken a lot out of 37-year-old Federer.

On the other hand, Djokovic had a fairly straightforward victory and the top seed will look to ram home that advantage on Sunday. He has dropped only two sets on his way to this final.

11 years ago Federer and Nadal played one of the greatest matches of all-time in the 2008 Wimbledon final. That was a five hour, five-set epic with Nadal emerging as victor. It will be hard to match the drama of that day but expect Sunday’s final to play out similarly. It could once again go all the way to the final set and we’re sticking to our pre-tournament prediction of a Federer victory.