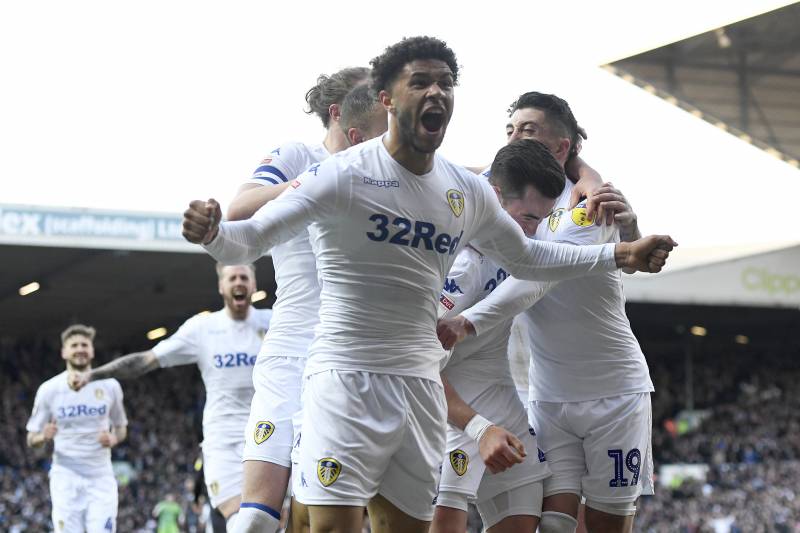 Leeds United are currently sitting top of the Championship with 2 points to spare. The football they play is currently looking like the Premier League standard. A stand out player for them is Patrick Bamford who is their top goalscorer with 12 goals this season. He bagged himself another 2 goals against Millwall in the league on Tuesday; one of which was the winner. Leeda are notorious for failing in the playoffs so automatic promotion may be their only hope.

He really is on fire and from a Leeds perception, they should definitely look to prioritise keeping him at the end of the season. In the Premier League, you need a goal-scorer to keep your team up. Leeds spent 14 years in the top flight division until being relegated at the end of the 2003-04 season. Leeds host relegation battlers Wigan athletic where they won 2-0 last time out. I wouldn’t mind betting that The Peacocks grab all three points once again to keep them leading the line in the Championship.

West Brom is next in line to be promoted into the Premier League with just the two points of 1st place. They are playing the best football in the league. Bilic has really got them going and they could be seeing a return to the top flight. Grady Diangana has really been a good loan signing for them. Leeds have Bamford as their goalscorer and for The Baggies, Charlie Austin has been popping up and scoring the goals.

He scored the other night in an unfortunate defeat away to Cardiff City, even though they managed to have 70% possession. The Baggies host Luton Town who had a great win against Derby in the week, so the game will be tough but they are certainly favourites to win. Graeme Jones does have a large squad to chose from, now that most of their key players are back from injury. It is difficult to look past West Brom for this one. There is plenty left this season and West Brom needs a lift in form if they want Championship promotion.

Nottingham Forest is next up in the third position and once more there is a 2 point difference between 2nd and 4th place. They have won the same amount of games as West Brom which shows they are certainly good enough to go up, but the concern for them is that they may not score as many goals as they would like. They have scored 40 goals this season which sits them in 11th place out of the whole league.

Lewis Grabban has grabbed himself 16 goals this season for Forest which is joint second-most in the league. They have conceded just the 28 goals which is third-best in the league. Both these points would lead me to suggest Forest have the ability to survive in the Premier League if they get promoted. Forest travel to Birmingham Saturday which I would think they will get themselves all three points. It is not going to be easy for Forest as 5 points are the difference between 3rd and 7th. A slip from grace could happen any teams leading for Championship promotion.