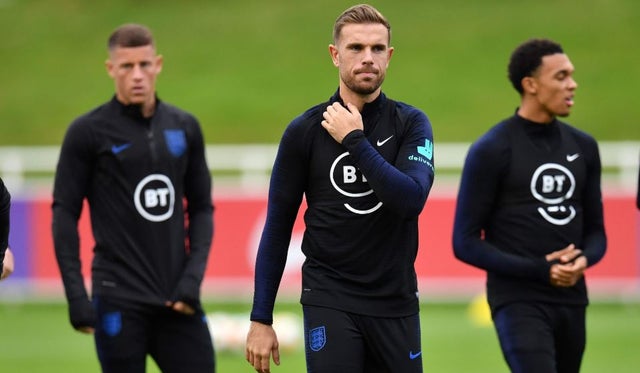 These sides last met in March, when we correctly tipped an England win and Over 3.5 Goals at 3/1. It ended up as a 5-0 victory for Gareth Southgate’s side but we don’t expect as comprehensive a win in Prague on Friday night.

But win they should. England have won all four qualifiers so far, scoring five goals in all but one of them. The outlier was a 4-0 victory.

The Czechs lie second in the group and haven’t lost a competitive international at home in over a year.  They’ve scored in their last eight home games, including against the likes of Germany and Brazil, and we fancy both teams to score on Friday at 21/20. Throw in an English win and it brings it up to 11/5 with Genting Bet.

With qualification more or less guaranteed, England may take their foot of the pedal slightly from here on in but should still have enough for their opponents. We’re plumping for a 3-1 away win, which is around 12/1. Meanwhile, a repeat of March’s tip of an England win and Over 3.5 Goals looks attractive again at 11/4.

Raheem Sterling bagged a hat-trick in that tie and he’s 5/4 to find the Czech net again, and 9/2 to open the scoring. Harry Kane might be finding life difficult at club level, but he’s netted six already in qualification – three of those penalties.  Kane is 3/4 to score anytime and 3/1 to score two or more on Friday night.

These two teams seem to meet more often than Boris Johnson and Donald Trump. In fact, they’ve faced each other ten times since 2003 with the Irish coming out on top in all but one.

The other was a 1-1 draw in Tblisi just two years ago and we wouldn’t be surprised at the same scoreline again on Saturday afternoon. You can back it at 5/1 with Genting.

Their meetings do tend to follow familiar patterns, though.  Republic of Ireland have won the last three meetings in Dublin 1-0, while three of the last four clashes in Georgia have ended in a 1-2 away win. That’s a decent looking 19/2, if you fancy it again.  An Irish win and both teams to score comes in at 5/1.

The Georgians did hold Denmark scoreless last month and a bore draw here wouldn’t be a shock. Best price on that one is 11/2.  Look, we don’t fancy a goalfest here. Unfortunately, neither do the bookies. It’s a paltry 1/12 with some for it to finish with Under 3.5 Goals.

Man of the moment, Aaron Connolly, has been called into Mick McCarthy’s squad following his heroics for Brighton against Spurs and the 19-year-old Galwegian is 3/1 to find the net for the second consecutive Saturday.

Conor Hourihane got the winner at the Aviva in March and the Aston Villa midfielder, fresh from his first Premier League goal, is 11/2 to find the net again on Saturday afternoon.