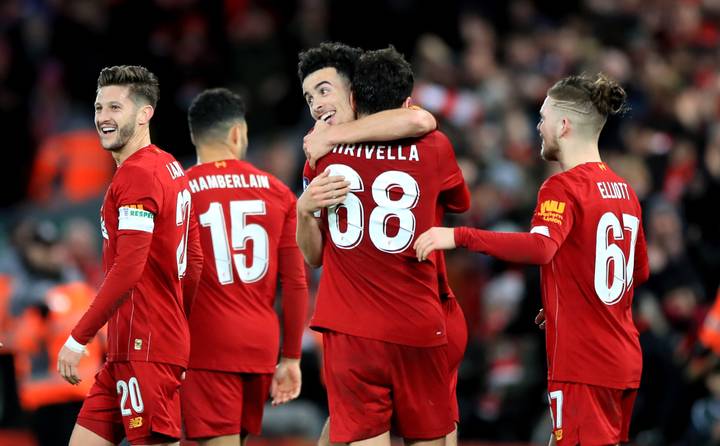 While the names on the Shrewsbury team-sheet may look unfamiliar when they’re announced at 4pm on Sunday, it’s a good bet that some of those in Liverpool’s starting eleven will do too.

Jurgen Klopp played an understrength side in the previous round win over Everton and it’s not a stretch to suggest he’ll do the same against a club 59 places down the league pyramid. Even if he does start the likes of Curtis Jones, Harvey Elliott and Pedro Chirivella they should have too much for a side who have lost to Doncaster and drawn at Fleetwood in the past couple of weeks. As such, 4/9 for an away win looks a no brainer here.

The Reds have won their last six domestic fixtures without conceding and should have no problem replicating that at New Meadow. That’s available at 27/20 with GiveMeBet.

It’s obviously best to wait until the teams are announced to tackle the goalscoring markets but, looking for value, Adam Lallana to net at anytime looks well worth considering at 3/1.

The clubs have only met once before – at the same stage in this competition in 1996 – when the likes of Stan Collymore and Robbie Fowler inspired a 4-0 victory. We don’t think Liverpool will blow The Shrews away this time though. A relatively inexperienced team should have enough to navigate a place in the 5th Round but we like the look of a 0-2 or 0-3 win – available at 15/2 and 19/2 respectively.

And if you’re an old romantic who fancies one of the greatest FA Cup giant-killings of them all? Shrewsbury are quite short, at 13/2 to triumph over 90 minutes.