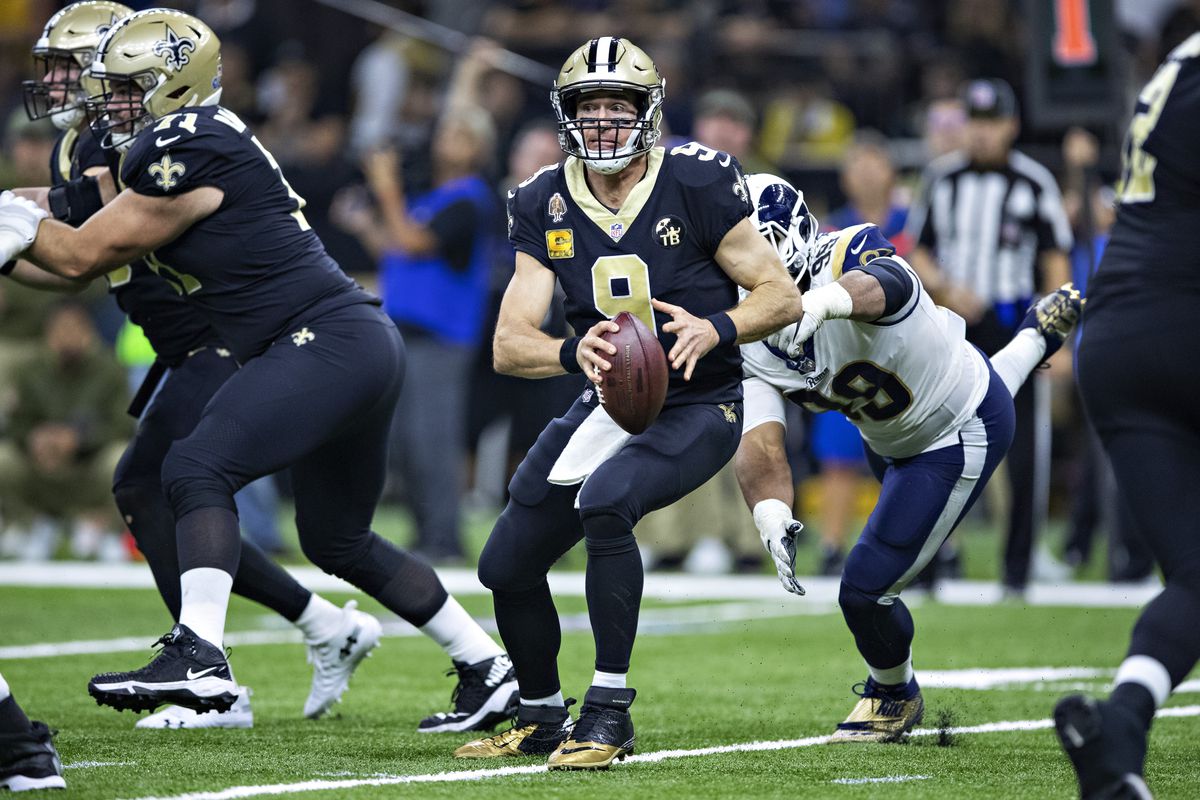 After a reasonably successful Week 1 (3 correct tips out of 4), we’re back again with four tips for this weekend’s NFL action. This week’s televised coverage begins early Friday morning with Jameis Winston’s Tampa Bay Buccaneers visit to the Carolina Panthers live on Sky Sports.

This NFC South match-up sees two 0-1 teams take to the field at the Bank of America Stadium hoping to get a first win under their belt. Many pundits made pre-season predictions that the Bucs would struggle and if their Week 1 performance was anything to go by then they may be right. QB Jameis Winston threw three interceptions (two were returned for a touchdown) and he failed to muster any real offense outside of a 3rd Quarter drive which resulted in a touchdown for WR Chris Godwin.

On the other hand the Carolina Panthers showed that they have more to offer this season than people first thought. They came out the wrong side of a 30-27 scoreline against Super Bowl runners-up Los Angeles Rams. Young star Christian McCaffrey played every one of their 67 offensive snaps, finishing with 128 rushing yards, 80 receiving and two TDs. Those numbers could increase significantly against a poor Bucs defense.

The Buccaneers have lost their last seven games on the road and they are 3-9 in their last 12 games against the Panthers. It would be a major surprise if they didn’t notch their eighth road loss in a row on Thursday night.

In contrast to Thursday night’s game, both of these teams won their season opener last weekend. The Packers beat the Bears in an attritional Thursday night game, winning 10-3. The Vikings also made a strong start to the season with a 28-12 victory over the Atlanta Falcons.

While a 16-point victory over the Falcons seems run of the mill, the Vikings’ season opener could signal the start of an offensive revolution in Minneapolis. Star quarterback Kirk Cousins only threw the ball 10 times, making 8 completions. That’s the fewest pass attempts a Vikings QB has made since 1977.  With Green Bay acquiring some defensive cornerstones in the NFL off-season it’s quite likely that Vikings running back Dalvin Cook won’t have it all so easy this week.

Expect the Packers to have their offense in gear and cover the 3 point spread, available to back at 20/21 with GiveMeBet.

The highlight of this weekend’s schedule is the NFC Championship rematch between the New Orleans Saints and Los Angeles Rams. A controversial no-call on Rams corner-back Nickell Robey-Coleman helped the Rams to a 26-23 victory over the Saints back in January of this year. It’s fair to say that the Saints’ fans haven’t let that one go just yet with 1000s of their fans wearing referee jerseys and throwing yellow flags at Monday night’s home opener.

Both the Saints and the Rams prepared for this game with narrow wins over the Texans and the Panthers respectively. The outcome of this game will depend heavily on the performance of Saints RB Alvin Kamara. The Rams struggled against the run last season and they gave up 128 yards on the ground to the aforementioned Christian McCaffrey last week.

The Saints have a point to prove and I expect them to take the win in the moneyline betting at 23/20 with GiveMeBet.

NFC East favourites Philadelphia Eagles come into this game on the back of an underwhelming victory over the Washington Redskins. Doug Pederson will be looking for an improvement against a team who were dominated for three quarters against the Vikings.

The Falcons were tied for most opponent yards per rush attempt last season and they could be on course for something similar this season if their opener against Minnesota was a sign of things to come. They gave up 168 yards and two touchdowns on the ground last week. Philadelphia have a capable backfield trio in Darren Sproles, Miles Sanders and Jordan Howard that could do damage this Sunday.

Even so, the Falcons are a better side than their -2.5 handicap suggests and we’re backing the Falcons and the moneyline at 23/20 with GiveMeBet.

*All times and dates are UK. Odds correct on 12th September.