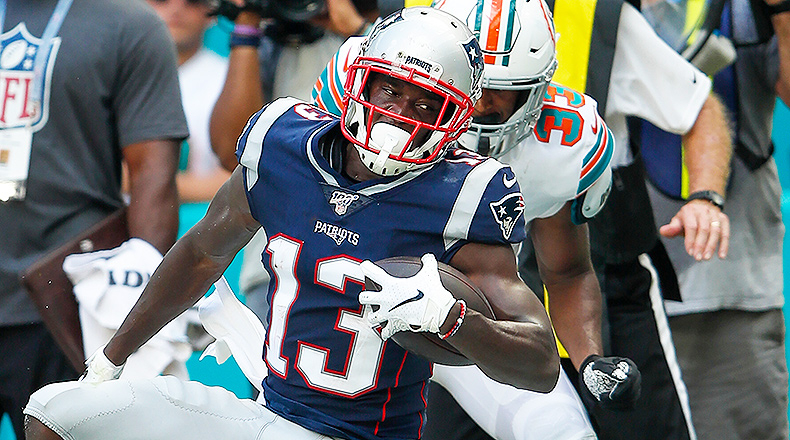 Another week has passed and the San Francisco 49ers and New England Patriots remain head and shoulders above the rest of the league. The two unbeaten sides both kept their opponents scoreless in Week 7 and the Pats are now odds-on at 10/13 to win their division. Bettors’ confidence in the 49ers isn’t quite as high but their Super Bowl odds have been slashed from 35/1 in the preseason to 9/1 after 7 weeks of football.

Our weekly betting tips take a look ahead to the 49ers and the Patriots’ home ties as well as Sunday night’s headline game between the Kansas City Chiefs and Green Bay Packers.

It’s been mentioned multiple times at this stage but it is remarkable that this is the 49ers best start to a season since 1990. That year they won their first 11 games before finishing 14-2 in the regular season, losing in the NFC Championship game to the New York Giants.

They might not reach the 11-0 mark this season but an NFC Championship game appearance is not completely out of the question. They have yet to play a real high-calibre opponent this season but that will change this weekend.

The Panthers have arguably the best player in the league on their roster. Christian McCaffrey is a one man offense with 923 yards of total offense and 9 TDs this season. What’s more, the Panthers are coming off a bye week and should be refreshed ahead of their biggest challenge of the season so far.

In our preseason NFL Preview, we predicted that the New England Patriots would go 7-0 before facing their first real test in the form of the Cleveland Browns. One of those predictions has come true but it remains to be seen whether the Browns will provide a real test for Bill Belichick’s defense.

The Patriots have a historically good defense this year and it would seem negligible to bet against them at this point. The have the best defense in terms of points allowed (6.9 per game), yards allowed (223.1 per game) and yards per play (4.0).

The Browns are coming off a bye week but their QB has given up the most interceptions (11) in the league this season. He could be easy picking for the Pats. The line in this one is 12.5 and that’s slightly on the generous side for the Browns. Instead we are going with under 45.5 points in this game at 25/27.

Coach Matt LaFleur’s team has been solid on both sides of the ball with top 10 stats on offense and defense.

The Chiefs haven’t lived up to expectations so far this season but still top the AFC West with a 5-2 record. MVP Patrick Mahomes is out injured and Matt Moore steps in in his place. They have been involved in a couple of high-scoring shootouts this season and we’re expecting another on Sunday night.

All lines correct at time of writing. All times UK.