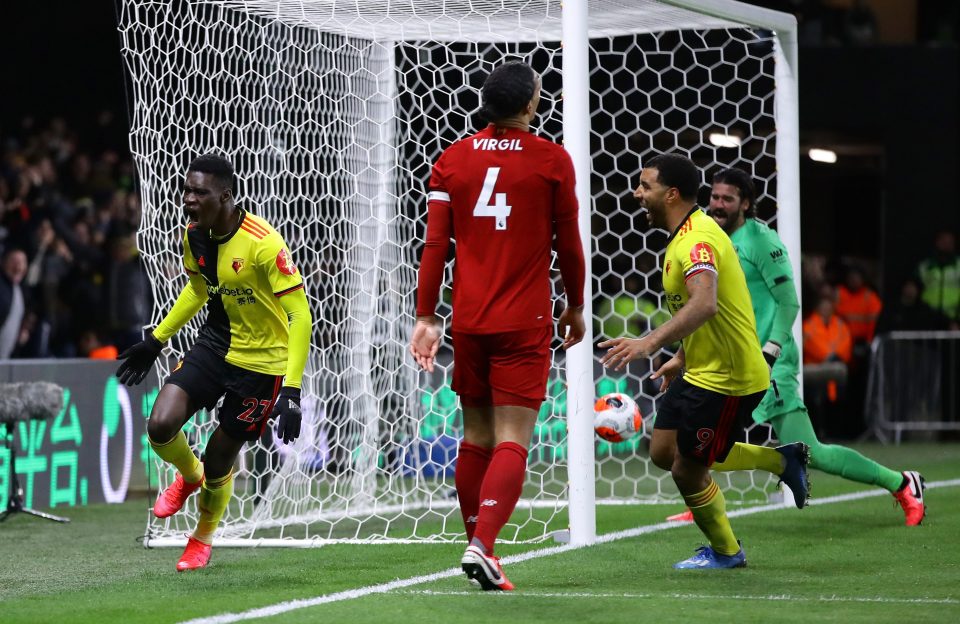 At last, Liverpool’s unbeaten run has come to an end and of all teams, it was Watford to hit 3 past them and grab all three points. I feel like West Ham rocked them up a bit when the Reds narrowly won 3-2 at the end of February but it was a surprise to see Watford pick up the win last weekend.

The Reds never really looked comfortable against the Hornets and Watford’s Ismaïla Sarr was on fire! It’s easy to say that Sarr was the main man and won the game for the Hornets, but Watford’s back four were exceptional too. They were solid and stuck to their game plan throughout the whole 90 minutes. This is the most organised Watford has been all season and they deserved the 3 points, which is crucial in their fight to stay up!

They are on the same amount of points as Bournemouth in the relegation zone and 6 points away from bottom of the table. They face Crystal Palace away Saturday which will be another tough game but after their win against Liverpool, the sky is the limit for the boys in black and yellow!

Liverpool are back in action against Bournemouth after suffering two defeats in a week and for the first time since January 2019 (Watford and then Chelsea in the cup).

They will want to pick themselves up and raise the standards back to how they were, by beating Bournemouth convincingly. I believe they will do this as well and have a comfortable game!

BURNLEY ON A ROLL

Spurs take on Burnley this weekend after their loss in the week to Norwich City in the FA Cup.

It is going to be a very tough game against an inform Burnley side. Burnley have the second highest amount of points from their last 6 games. Liverpool are top with 15 and Burnley sit 2nd with 14.

Spurs are going to have to play very well to get all three points. Jose Mourinho’s team aren’t too far behind Burnley with 10 points in their last 6 games with 3 of their games being wins. Spurs have conceded 39 goals this season which is the same as Burnley so on paper their defences look fairly equal, but Burnley have scored 9 goals in their last 6 games to Spurs’ 10.

This could be a very interesting and close game. After Spurs losing two in a row in the league as well as losing against Norwich midweek, I feel like they have something to prove and therefore will beat Burnley narrowly!

Manchester City are obvious favourites for this game on Sunday, however can United pull out another Derby day win?

We saw them do it earlier on this season as they beat City 2-1 at the Etihad – they now have the home advantage and have found themselves picking up a little bit of form. City on the other hand have 16 points from their last 7 games.

This does give City the advantage on the odds, but with Martial and Greenwood both fit and available to play as well as new signing Bruno Fernandes, they could cause an upset! However, I am going to go for a City win as they have seen Liverpool slip up twice now, so they may sense a bit of hope and fortune coming their way!