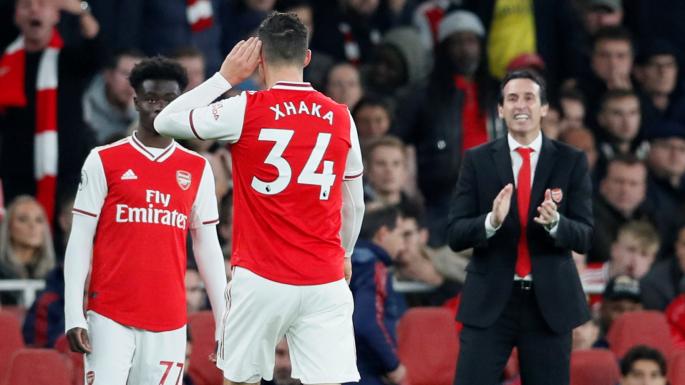 At the top echelon of professional football, it is very rare that Sunday league winning margins occur when any side is reduced to ten men.

Heavily coached teams will often kill a spectacle as the side with the deficit sacrifice an attacking option to sit in and avoid capitulation and give themselves a chance of nicking an equalizer later in the contest from a set piece. The team in the ascendency with the extra man and goal lead will also often be happy to keep possession without pushing for a second in a bid to take both time and legs out of the opposition especially when away from home .

Southampton seemed incapable of stemming the blood on Friday night and Leicester always looked more than capable of breaking a twenty-year-old Premier League record away margin held by Manchester United. On that occasion Ole Gunnar Solskjaer scored four goals from the bench in an 8-1 victory against Nottingham Forest at the City Ground in 1999.

An injury time penalty achieved and executed by Jamie Vardy emphatically brought the 0-9 contest to an end, a defeat which will put immediate pressure on Saints manager Ralph Hassenhutl.

It is unlikely that the Southampton board will act immediately after a probable defeat at Man City at the Etihad on Saturday although another wide margin defeat would hinder the Austrians chances on being at the helm when the January transfer window opens.

Saints will need to acquire fresh blood and more importantly a hard underbelly so absent this term where twenty-five goals have been shipped already. Initial expectations of mid-table security must be quickly reset as the Saints are without doubt in a relegation battle from now until possibly season conclusion.

On Sunday 22nd September West Ham’s clinical 2-0 home victory against a poor Man United team put them in the position where many Hammers fans were dreaming of European Football next season.

Since then West Ham have been emphatically dumped out of the Carabao Cup by third tier Oxford 4-0 while also failing to secure a victory in their last four Premier League fixtures against teams like Crystal Palace, Bournemouth and Sheff United who with all due respect will do very well not of finish in the bottom half come season end.

Manchester United on the other hand have only lost one of their last eight matches in all competitions while securing a quarter final berth in the Carabao Cup and are still to concede a goal in Europe this term.

UNAPOLOGETIC XHAKA SET TO BE THE FALL GUY

The scenes and actions witnessed at the Emirates last Sunday by Granit Xhaka were very disappointing and an embarrassing hallmark of where the balance of respect sits between elite Premier League players and the supporters.

Hard to imagine Tony Adams reacting similarly if George Graham had given him the hook pre-Millennium.

The fans rightly showed their frustrations as the player seemed more than content on mouthing and gesturing his disapproval in what took an age for him to exit the field of play at a time when his team were desperately looking for a winner against a Palace side they should be beating at home even with their porous defence.

The midweek 5-5 excitement against a much-changed young Liverpool side at Anfield perfectly summed up the Gunners season so far. They were sublime going forward while woeful at the back especially when trying to transform leads into victories.

The midweek penalty knock-out will be hard on Gooner fans but reading into the second half substitutions of Ozil (back in first team action after five weeks in the wilderness) and Lucas Torreira suggests that both will start against Wolves in the Premier League on Saturday along with Wednesday’s incumbent skipper Hector Bellerin.

The club look to be rallying for leadership and unity which could see Xhaka being the fall guy in both captaincy and his place in the side.