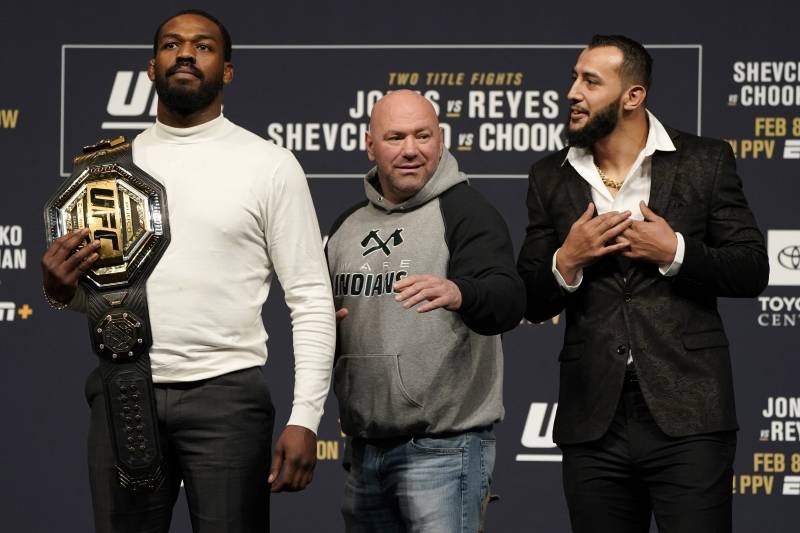 Houston is the home for the weekends star-studded card, which sees two title defences of the highest order.

The main event features the return of light heavyweight champion, Jon Jones. The champion comes up against Dominic Reyes, and I’ve always been one to back the underdog against Jones, constantly hoping that a fighter will dethrone him, but Sunday morning will just provide a similar fate. Jones’ last victory was back in July against Thiago Santos, where the American showed off his impressive Octagon IQ and technical ability. Despite what you might think of the 32-year-old, there’s no denying the raw talent that he possesses. It’s hard for me to come to terms with this but it will take pure luck for Reyes to beat Jones, so another brilliant display of striking, clinch control and grappling will lead Jones to a unanimous decision victory.

The co-main event is a toss-up, with a great women’s flyweight bout as Valentina Shevchenko defends her title against Katlyn Chookagian. Do not be fooled by the gap in ranking, as the American is going to go toe-to-toe with the champion, for as long as she can. I actually favour the #10 flyweight, who lands more significant strikes per minute compared to Shevchenko. The Kyrgyzstani will be hoping to see off her opponent in quick fashion with fast and devastating counter-striking.

Justin Tafa will be hoping to add to his 3-1 professional record, when he takes on Juan ‘The Kraken’ Adams in a heavyweight bout. This bout will not go the distance, it’ll be a case of who lands the bigger blow first and I’m hoping Adams can get the job done to continue his impressive 5-2 run in the Octagon. Despite losing to Greg Hardy in his last outing, I’m hoping the American can bounce back with a TKO win.

Mirsad Bektic and Dan Ige square off in a featherweight clash that can potentially see the former jump into the top rankings if he is to pull off the upset. After coming off a 2 fight win streak, ‘Dynamite’ will be hoping to use his

Brazilian jiu-jitsu and Judo styles to take down the Bosnian. Bektic who is coming off the back of a first round loss to Josh Emmett, is looking to bounce back and improve to 14-2. It’ll be one to keep an eye on but I do see Bektic edging this via a late stoppage.

The main card is kicked off with a great heavyweight matchup. Fan favourite Derrick Lewis takes on Ilir Latifi, in another contest that could go either way. I’m hoping the American takes down the Swedish sledgehammer to help his chances of gaining a title shot. Both fighters are known for being big hitters, but Latifi possesses the better ground game. If Lewis can keep the fight standing then it should be another win for ‘The Black Beast.’ For a fight this big to start the main event off, it’s surely a spectacle not to be missed.